When rural resilience is wafer-thin 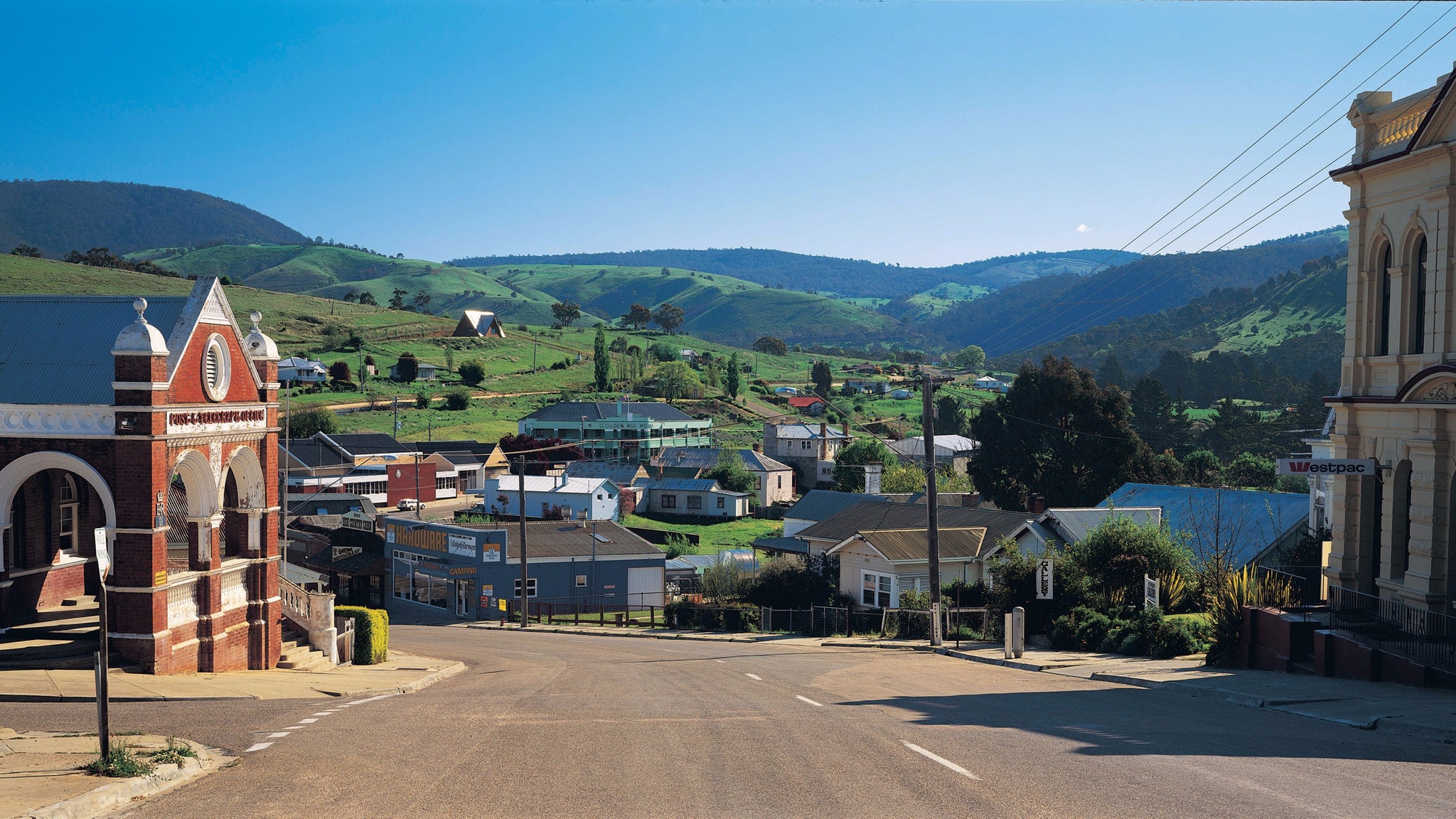 17 Feb When rural resilience is wafer-thin

Omeo sits at the gateway to Victoria’s ski slopes deep in Victoria’s alpine country, providing valuable tourism services for the East Gippsland Shire. Like many of Australia’s regional towns, Omeo experiences “resource dependency” – meaning this small community depends on a narrow range of natural resource and seasonal tourism to provide economic stability. In Omeo’s case, the towns livelihood is a direct function of agriculture, tourism, and forestry in the last fifty years.

While the economic output for these industries is high – for example, the East Gippsland Shire output of commodities production in 2018 was over $870 million – these main economic areas are heavily susceptible to impacts from an increasingly variable climate. The potential for environmental variability to create variance in income exacerbates existing inequalities and vulnerabilities, which in turn severely impedes recovery from these events – as was witnessed after a series of major bushfire events, drought, and low rainfall and will see further changes due to the new forest policy for Victoria. Furthermore, recovery from these events can also be significantly longer for rural settlements, than urban, and peri-urban areas.

The cost of distance

Due to their distance from centres of political and economic power, towns like Omeo exist in a fragile position when it comes to “bouncing back” from natural disasters. The results on long-term recovery efforts may be impeded, sometimes severely, which can devastate communities, and some towns may struggle to recover at all.

A rural area’s dependency on its region’s natural resources is traditionally emphasised by planners and Government policy. These factors are pushed as the area’s characteristic, and used to attracted visitors, investors or new residents. However, this approach often fails to consider the complex inter-relationships between people and their environment. That is, a community’s relationship to the land, their built environs, and the seasonal changes that are built over time, and reflected in the entire socio-ecological system – not just those directly related to natural resource and industry.

Changes to the nature and scale of farming, as well as changes to the forestry industry, are having an impact on the employment and community sustainability of the Omeo region. To address this, a diverse range of mining, agriculture, and tourism related opportunities have been proposed to transition the economy and contribute to the region’s future prosperity. However, the scale, breadth and complexity of current planned projects require a new approach to project planning. In particular, we should not make decisions which affect the lives of people in an area on the basis of inadequate or over-generalised information on the social characteristics of the area.

Beyond the immediate considerations of development in rural towns, projects inevitably involve shifts in the relationship between people and their environment – it is through this shift that improved capacity and resilience can occur. However, this will only be successful if the current factors of the community-environment nexus are fully understood.

This understanding involves a clear definition of what a “disturbance” looks like (and to whom), and likewise, what does it mean to “bounce-back”, or what exactly are communities bouncing back to. It is important that when we are assessing the resilience of rural communities, that we ask what a community’s identity is, and what does it mean for a community to function effectively in its various social, economic, and ecological factors.

It would not be out of place to assume there are more processes going on than we are aware of. The difficulty lies in creating a framework for adaptation that allows us to act quickly once we understand a new trend or are confronted by a new disaster. At the scale of community, it may be possible to act quickly enough, but will there be a support system in place?  And, is there ever enough time?

The vulnerability of agricultural and tourism to external risks such as climatic shocks is a widely researched topic, and unfortunately, we are now seeing the effects in real-time. Like many regional centres, Omeo has been impacted by the broader East Gippsland catastrophic bushfires of 2019/20. So for now, thoughts and discussions around Tourism, Mountain Bike Trails, and Micro Breweries will be on the backburner as this crisis is managed.

However, it remains pertinent that we ask important questions about what resilience looks like for Omeo and the thousands of towns like it around the country, and more importantly, how we get there (and stay there) in a changing climate. Because, as Ed Blakely, Professor Emeritus of City and Regional Planning at the University of California, emphasised:

Rebuilding small communities on the same site, in the same way seldom works. It may be the reason recovery cannot fully occur at all.

It is essential to make a distinction between response and recovery. Rebuilding is a fundamental part of recovery, but it is also vital that the recovery process also address social and cultural rehabilitation.

So, can small, rural, ‘mono-industry’ towns build the capacity to adapt to stress and change? Recovery needs to be planned differently according to place, community, and scale. It’s about shifting the rhetoric towards an opportunity to create a better, more resilient place.