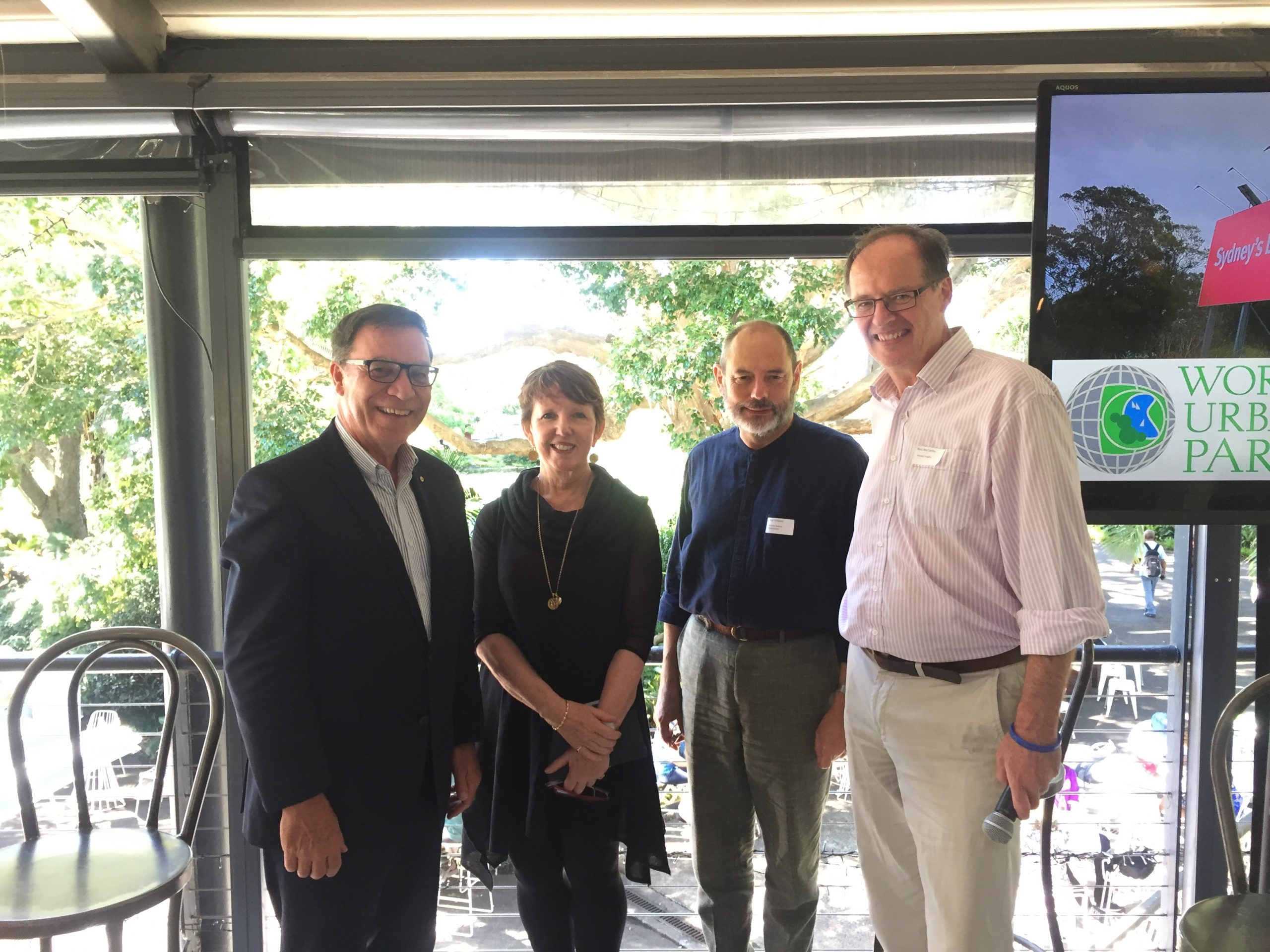 Sydney has become one of the fastest-growing cities in the world and institutions have a crucial role in challenging the status quo and supporting a citizen-driven agenda for liveability. In March 2019 Mosaic Insights hosted an event at the Royal Botanic Garden Sydney to explore how Sydney’s liveability has been built in the past, with insights into why those strategies were successful, and hear suggestions for the future. The event featured three speakers: Billie Giles-Corti, Director of Urban Futures Enabling Capability Platform, Centre for Urban Research at RMIT; Rod Simpson, Environment Commissioner with the Greater Sydney Commission; and Neil McCarthy, CEO of Mosaic Insights and World Urban Parks. Peter Duncan was MC, providing commentary and insights throughout the event. Peter holds a number of board and chair positions after an executive career at various state and local government organisations including roles as CEO of Road and Maritime Services NSW and Deputy Director General of the Department of Premier and Cabinet NSW.

The first speaker was Billie Giles-Corti who as an academic, resolves urban design challenges by bringing together research from social sciences, the environment, design and architecture. She has identified connections between the liveability of a city and its environmental sustainability and health of its citizens. Billie spoke about the need to collect data to measure aspects of a city’s liveability including walkability, public transport access, public open space, employment and housing affordability. Sydney currently rated well for walkability in its south and inner-west but this declines towards the urban fringe. Billie suggested that building on the correlation between liveability, walkability and frequent public transport would be an important factor for Sydney’s future liveability.

Using his extensive background in architecture and urban design, Rod Simpson explored how his interpretation of good urban design has changed throughout his career and its consequences for liveability. Urban planning and development has been focussed on transport and transit routes. Rod proposed a new approach where open spaces, particularly waterways and their surrounds, become the central focus of developments, with increased density around the open space. This approach would increase connectivity and liveability.

The final speaker, Neil McCarthy, discussed Sydney’s past and present liveability in the context of how visionary ideas build the legacy for great cities. He gave examples from New York, San Francisco, Melbourne and finally London, where the London National Park City movement is reshaping the open space discussion. Neil discussed how open space is the key to a liveable city and with 58% open space, Sydney has the potential to be one of the world’s most liveable cities.